Nigerian actress, Rahama Sadau has deleted the photo of her in a backless gown on Instagram.

This happened after she was heavily attacked by Arewa youths on Twitter over violating Islamic beliefs.

Few days back, the actress shared photos of her dazzling in a champagne gold gown which showed her back and her curves.

She has now deleted the photos, and broke down as she begged the Muslim community to forgive her.

In 2016, Rahama was expelled from the Hausa film industry which is known as Kannywood, by the Motion Pictures Practitioners Association of Nigeria, for featuring in a romantic musical video by Jos born musician, ClassiQ.

Read her post and watch the video whish is in Hausa… 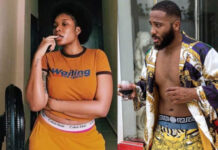 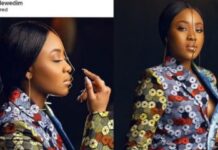 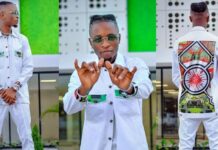 Reasons I never spoke to Erica about the “Kiss attempts” – Laycon