Big Brother Naija is a reality TV show which first aired in 2006 with Katung Aduwak as the winner. It was paused for a while and returned in 2017, it has consistently aired till date.

It is a show organized based on reality. As a social experiment, it brings people from different cultural backgrounds with good exposure to cohabit harmoniously. Housemates are free to live their normal lives as long as it doesn’t contradict the house rules. Therefore, this show aims at promoting unity in diversity.

As usual, the commencement of this program on Sunday, 19th July, has sprung up several negative comments regarding the show. As expected, many Nigerians have demanded to know the positive impact it yields, while others have bluntly tagged it ‘useless’ with zero morals to drive home.

Primarily, it is very important to see BBN as a platform. This is because, it presents opportunities to the selected housemates to sell themselves to the world by showcasing their unique gifts, and personalities. Unlike many other shows, not only the winner stands a chance to be ‘successful’, as every contestant is a winner, depending on how well they strive. For instance, Ebuka Elendu was the seventh contestant to be evicted in 2006, but is the current host of the show. Laycon, a current housemate has been a singer for long, releasing good music which reached the ears of few but being on the show alone has boosted his musical career and put his music in the mouth of many. Not to forget the likes of CeeC, Bisola, Tobi, Tacha, Alex, Teddy A etc, who are excelling in their diverse careers through the platform this show gave them.

Also, it is an undisputable and glaring fact that BBN provides job opportunities yearly. As technicians, production professionals and engineers are being employed to manage the show behind cameras. More so, bloggers, and content creators are not left out as they earn via giving updates and analyses about the show.

For anyone who follows the show, the arena games played weekly will leave you glued to your screen and subtly make you see the essence of teamwork and paying attention to details. Likewise, there are a lot to learn from the quizzes which cuts across several fields. Similarly, the housemates are often given a topic and made to engage in series of educative sections, where they educate themselves. They also engage in inspiring tasks which promotes unionism and nationalism. In the cause of these, they enlighten the public on various issues ranging from malaria, HIV, etc.

In a country like Nigeria where corruption abounds and rigging takes the lead during elections, thereby making the people’s choice and votes useless, there is this happy feeling fans derive knowing that it’s the most preferred housemate that stands to win, irrespective of whatsoever influence the housemate possess. Therefore, this motivates viewers to vote, having in mind that the results won’t be altered in any form.

More so, there are a lot of positive things to learn from most conversations and actions of the housemates. Ranging from emotional intelligence, tolerance, perseverance, humility, patience etc. In addition, it helps the housemates to create and build inter personal relationships and friendships which some ends up being long lasting; having in mind TeddyA and Bambam.

Being a reality show, big brother Naija cannot be devoid of verbal fracas and romantic affairs as these are all parts of entertainment. Sadly, it is these parts that quickly circulate the internet because people give more attention to it and most people have been quick to make half-baked conclusions on the show, when they see it. These housemates are expected to live their normal lives, therefore, things like these are bound to happen. There’s nothing that happens in the house that is farfetched from reality. It is a projection of our lives on a screen in diverse dimensions. The more reason the show is rated 18.

Big brother Naija is a show that entertains, educate and inspires. Therefore, it is safe to say that it is a mini projection of our realities as humans. The decision to make out of it what you want solely lies in your hands. 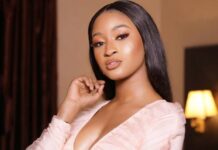 5 GOOD TIPS ON HOW TO IMPROVE YOUR COMMUNICATION SKILLS

Why You Must Always Believe In Yourself